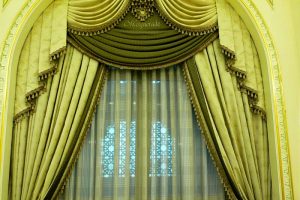 I happened upon her large iris digital prints on watercolor paper in an exhibition, and I was transfixed. I identified immediately with the narrator of these photographs. The young girl growing up in the mysterious landscape of gender. All the subtly stated and unstated rules. The mounds giving rise to even larger mounds. The sense of distance that surrounds and informs the young girl’s initiation into both womanhood and adulthood. On the island of Jamaica where I grew up, a favorite saying is: “Children (meaning girls) should be seen and not heard.” And here now was Ann’s work giving voice to everything I had felt and known as a young girl growing up.

I wondered, too, how someone with a background so different from mine could produce work that so thoroughly replicated the landscape of girlhood I grew up with. On the surface, we are so different — Ann having been born in Philadelphia and calling both Long Island and New York City her homes. Well, maybe we are not so different at all, now that I think about it, because like Ann, I was born elsewhere, and, like Ann, I now call New York City home. She was my instructor and I still credit her class in helping me find my artistic voice. When I said this to her recently, she said, “Well, that is so good to hear! I see my job as an instructor as getting students on their paths, and helping them to understand and clarify their visions. The truth is that I love teaching.”

I relished hearing Ann say this because, as art students, we have to at some level admire the work of our instructors, to appreciate anything at all they tell us about our work.

Looking at Ann’s work, it is a little surprising to understand that she did not come to photography until around the age of thirty. She had gone to undergraduate and graduate school in studio art, where she studied painting and drawing. She admits to still sketching, from time to time. But, says Ann, “Painting and drawing were not fast enough for me. I took a class after I graduated in photography, and it better suited my temperament.”

And from that moment on she was hooked.

For years she worked as a professional magazine photographer, but came home to the work she is doing now because of “wanting to do something very much my own — wanting to do something no one else has done. Wanting to do something more conceptual.” In pursuing her unique vision she freely admits that she gets obsessed with her subject matter. And for the longest time her subject matter was people. In the book, Four Season’s of a Shaker’s Life, Ann’s photographs tell the story of the last remaining Shakers of the Sabbath-Day Lake Community, Maine. Her other book, The Man In The Street, is concerned with what the artist calls “the physicality of labor.” She also did a powerfully moving series in black and white on androgyny. Maybe that is why her largely landscape series, “When I Was A Girl,” came as such a surprise to her.

“I am a person who photographs people all the time,” the artist said. “For the longest time I was not interested in landscapes, which had been done a million times over.” But she did in fact find herself photographing landscapes, and soon she started to wonder how she could integrate people into her landscapes. She admits, “I could never photograph myself, but I took that up now as a challenge. I started to wonder, How can I do something that resembles a self-portrait but in which I use landscape to express feelings?” And it was in this moment that the moody, beautiful “When I Was A Girl” series of photographs was born.

The titles of the individual works are themselves essays on gender. Such works as “When I Was A Girl, The Women Were Always Waiting,” a photomontage of two exquisite porcelain sculptures against an atmospheric background of mountains and mounds, with a sharply focused “door” in the photograph, as if the young girl could possibly escape through that door into a world brought into bright relief. In fact, what strikes me the more I look at this body of work is the sense of enclosure, of withholding, of being denied voice, of a restless, voiceless presence seeking desperately a means of escape. In other words, these photographs are all about the often-discussed female predicament of entrapment, enclosure and wishing for space and escape.

What also strikes me about this body of work is that for as much as it is about gender — specifically about girlhood and womanhood — almost none of the images have an actual person within them. Yet, there is no denying the personhood — indeed, girlhood and womanhood — that is at the center of these works. It is the absent presence of an actual person that gives the work a universal appeal.

Her “When I Was a Girl” series marks Ann’s entry into integrating text into her work.

Her most recent bodies of work, “Curtains” and “My Solaris,” have her integrating text directly into her photographs. Her “My Solaris” work has her constructing her own solar systems and includes text relating to ancient myths and scientific quotes. They are absolutely beautiful photomontages.

What is clear is that Ann’s work is a progression. With each new “obsession” she keeps evolving as both a photographer and an artist. It is fascinating to think what Ann Chwatsky will tackle next.